تم الإرسال منذ 2 سنوات
When Capt. Alan Carlton’s B-24 bomber was shot down over Germany during World War II, he felt lucky. Now, 75 years later, Carlton has another reason to feel lucky about what happened that day. It came via FedEx a few days ago from Eisenach, a city in central Germany. (www.sandiegouniontribune.com) المزيد...

jcw1953 منذ 2 سنوات 3
My uncle flew C-47's in the European Theater in WW II that transported supplies to our forces..
If he was still alive he would have loved to read this article on this nice gesture..from a
German who thanked our guys from releasing them from a lunatic....
رد ↓•رابط ثابت•Report 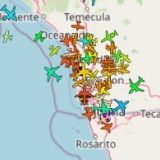 Steve Aliamus منذ 2 سنوات 3
Here is an excerpt from the article for those unable to view the San Diego Union Tribune article:

When Capt. Alan Carlton’s B-24 bomber was shot down over Germany during World War II, he felt lucky.

Not that lucky — wounded in the right foot, he left a bloody trail in the snow that made him easy to track. The American pilot was captured at gunpoint and spent more than a year in a POW camp.

But he was alive, which was more than could be said for three of his crewmen.
Now, 75 years later, Carlton has another reason to feel lucky about what happened that day. It came via FedEx a few days ago from Eisenach, a city in central Germany.

Eberhard Haelbig, a researcher there who is documenting aerial combat during the war, scours crash sites found near his home. Dozens of planes went down there. Scavenged over the years by humans, consumed by the elements, what’s left is mostly pieces.

But even they tell a story.

One plane in particular, a B-24 that crashed in a forest, caught his attention not long ago. Using records in Germany and the U.S., he figured out which plane it was, and when it had gone down.

He learned the names of the 10 Americans who were on board, and found photographs taken shortly after it crashed. With the help of Google and a military friend in the states, he contacted the pilot, who lives in a senior community in Carmel Valley (San Diego).

Which is how Carlton got two FedEx boxes with remnants of his B-24.

“With this I would like to say, ‘Thank you, Capt. Carlton,’ and thank you to the Greatest Generation for your fight against evil and for liberating my country from that,” Haelbig said in an email interview with the Union-Tribune. “I’m a German by birth, but American by heart.”

What he sent Carlton is a pile of junk to a layman’s eye. But not to the former pilot.
“This means a lot to me,” Carlton said Thursday morning as he looked through the seven pieces of metal and glass. He held up a scrap he thinks was the part of a wing tip called an aileron. “I never thought I’d see any of my plane again. I’m glad to have these.”
Glad, too, because the package arrived in time for his 100th birthday, which was Sunday. “What a nice, early present this is,” he said.
رد ↓•رابط ثابت•Report

iknarf منذ 2 سنوات 2
Thank you for copying this article for us in Germany, Steve Aliamus! That was very considerate of you!
رد ↓•رابط ثابت•أصلي•Report

bommel14575 منذ 2 سنوات 2
Sorry, but the link is not available in Germany.
رد ↓•رابط ثابت•Report

iknarf منذ 2 سنوات 1
It still is not available. Pity. I would have liked to read the article.
رد ↓•رابط ثابت•أصلي•Report

Franco Prizzi منذ 2 سنوات 1
Still living free thanks to You and all the Brave Young Americans who died for our freedom.
100 thanks CAPT Carlton.
رد ↓•رابط ثابت•Report