تم الإرسال منذ 8 سنوات
After the recent and well-known issues with the B787 the FAA is now taking a closer look at Boeing's flagship. It is a rather uncommon move by the FAA, which will proceed to reassess the electrical systems and production process/quality control. Let's hope it all turns out well... (online.wsj.com) المزيد...

preacher1 منذ 8 سنوات 1
It was ironic reading one of these links this morning(story URL is WSJ needing paid scrip)and CNN had picked it up on their Saturday morning news, already having live interwiews with Huerta and LaHood. Like has been said earlier, new Airplanes in the past have had teething problems but in years past we have not had the instant communication to broadcast them to everybody.
رد ↓•رابط ثابت•Report

joel wiley منذ 8 سنوات 1
Could just be my paranoia, but I wonder if another airline manufacturer, who shall remain nameless, could be pushing for the FAA investigation behind the scenes.
رد ↓•رابط ثابت•Report

Ric Wernicke منذ 8 سنوات 3
I'll name names. Must have been Fokker. Those European Fokkers are always sticking their nose and and even cowling where it does not belong. :)
رد ↓•رابط ثابت•أصلي•Report

preacher1 منذ 8 سنوات 1
N-A-A-H.lol Probably just your paranoia.lol, increased by all the coverage on here and the flames fanned by the news media.lol
رد ↓•رابط ثابت•أصلي•Report

Edward Moad منذ 8 سنوات 1
so how about the Airbus 380,CW (crack wings), Its not only Boeing that has its problems, and yet Airbus still flyes its CW's. I fly Boeing any day...
رد ↓•رابط ثابت•Report

sparkie624 منذ 8 سنوات 1
Every new plane has it bugs... They just have to be worked out.
رد ↓•رابط ثابت•أصلي•Report

Edward Moad منذ 8 سنوات 1
I know, but it seems that Boeing is getttting slaped hard. Just have to wait and see how things pan out.
Haven't seen one land here in Hawaii yet, been looking.
Only the 380CW has been here and grounded for a week, twice.
رد ↓•رابط ثابت•أصلي•Report

Ric Wernicke منذ 8 سنوات 1
I feel the FAA is conducting the review because the media is like flies on honey reporting the problems, and quite often has it wrong. What is needed is an independent look at the root of the failures. It can be difficult to determine the exact vector that resulted in the operating anomaly.

The media should avoid instant analysis of the problems (they can still report the five W's.) so they do not interfere with a thoughtful probing of the situation. The glare of publicty can chase the parties involved to clean house and sweep dirt under the rug to show the media how wonderful they can be.

My prayer is the initial operation defects get sorted without loss of life or property.
رد ↓•رابط ثابت•Report

preacher1 منذ 8 سنوات 1
You are quite correct. I personally feel like that it is a simple battery fire, having nothing to do with overall design or manufacture of the aricraft. It seems to have been snakebit with a string of unrelated problems this past week, made glaring because it is a ne aircraft.
رد ↓•رابط ثابت•أصلي•Report

chalet منذ 8 سنوات 1
Looking back it seems that Boeing rushed the test phases shortening them and not being terribly strict about them which is understandable considering that they were 3-4 years behind in the deliveries and airlines were demanding the payments of heavy penalties, but it is not justified at all as safety should be paramount. It is going to cost Boeing a lot of dough, the stock will also suffer and the break even point will go up even more but they will remedy all these maladies.
رد ↓•رابط ثابت•Report

Er.A.K. Mittal منذ 8 سنوات 1
A top organisation gets that tag due to her being flawless in ALL respects . Zero error means no error. In mechanical workshop practices for example , there is a system of " fits and tolerances " . At times the limits are too fine and the machine operator HAS to stick to that no matter what and the Supervisor is paid just to ensure the same . Lesser the incidence of ' error ' the better is the image of the workshop , and the department , the division and the Profit Centre . And finally the image of the organisation . If Boeing want to remain at the top , the quality control system have to flawless . And considering the nature of product , the system has to be perfect ! And I am confident that Boeing will adopt the necessary mid course correction and come out with flying colors . Good luck to Boeing .
رد ↓•رابط ثابت•Report

preacher1 منذ 8 سنوات 1
Yeah, I like that UNCOMMANDED part. Isn't that the one that had the UNCOMMAND of Tex causing it?LOL
رد ↓•رابط ثابت•أصلي•Report 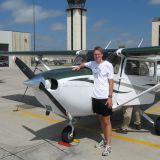 The FAA will conduct a special review of the Boeing 787's power system. The review will likely examine the design and manufacturing process of the plane, which the company has dubbed the Dreamliner, and could take several weeks, perhaps even a couple of months.

Boeing 787 Power System May Be Focus of FAA Review

U.S. regulators plan to review the power system Boeing Co. (BA) created for its 787 Dreamliner after a fire on a Japan Airlines Co. (9201) jet this week followed several incidents last year, a person familiar with the matter said.

The U.S. Federal Aviation Administration plans to announce the review today, said the person, who asked not to be identified because the details aren’t yet public. The 787’s design and manufacturing, which the FAA approved in 2011, will be part of the evaluation, the person said. The FAA didn’t immediately provide a comment.

“We actively work with the FAA daily, across all of our product lines,” Marc Birtel, a Boeing spokesman in Seattle, said in an e-mailed statement while declining to comment on communications with the agency. “We are absolutely confident in the reliability and performance of the 787.” 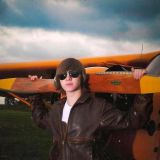 The Federal Aviation Administration, increasingly concerned about safety and reliability issues surrounding Boeing Co.'s BA -2.52% 787 Dreamliner, said Friday it will launch a top-priority review of the plane focusing on its electrical system and quality controls used in the manufacturing process.

The review will cover the 787's critical systems, including design, manufacture, and assembly.

U.S. and company officials have announced a probe of the design, manufacture and assembly of the Boeing 787 Dreamliner in the wake of a series of problems that have dogged the jet in recent days. 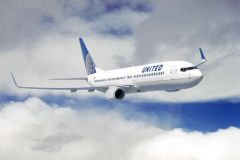 The Federal Aviation Administration said Friday it's undertaking a comprehensive review of the design and manufacture of Boeing's 787 Dreamliner after a series of problems this week with the celebrated new plane. 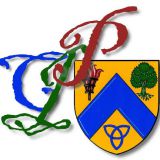 The Federal Aviation Administration is conducting a probe into the safety of the Boeing 787 Dreamliner after a string of problems with the sophisticated jet this week.