From walking into a propeller to today. Lauren Scruggs: 'I've learned to live by faith'

تم الإرسال منذ 8 سنوات
In her first interview since she walked into a spinning plane propeller eight months ago, Lauren Scruggs showed that her vibrant spirit remains intact. 'It's good to be out in public as I am,' injured model told TODAY in first interview (today.msnbc.msn.com) المزيد...

Jeffrey Babey منذ 8 سنوات 6
I still can't believe she survived this. I remember all of us talking about this story a year ago. She's gets Kudo's from me for being quite the trooper. Really an amazing story.
رد ↓•رابط ثابت•Report

jmilleratp منذ 8 سنوات 4
Standard blame-the-pilot s**t! So, she doesn't "blame the pilot" but does everything she can to sue to the maximum extent possible?

When you pilot an aircraft, you know it doesn't matter what the circumstances are, they are ALWAYS coming after you.

And, of course it's a brainless show like "Today," where they will faun over her like there's no tomorrow. On that show, it's definitely the dumber the better!
رد ↓•رابط ثابت•Report

btweston منذ 8 سنوات 11
Faith is nice, but you should always look to see where the spinning propeller actually is.
رد ↓•رابط ثابت•Report

JD345 منذ 8 سنوات 2
God gave man EYES to see propellers and a BRAIN to analyze the situation and decide to stay away.
رد ↓•رابط ثابت•أصلي•Report

preacher1 منذ 8 سنوات 2
In other words, our head is to be used for more than a hatrack.
رد ↓•رابط ثابت•أصلي•Report 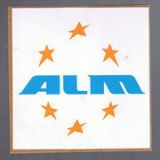 99NY منذ 8 سنوات 10
It's good she has faith since common sense and attention to detail clearly are not her strong suits.
رد ↓•رابط ثابت•Report 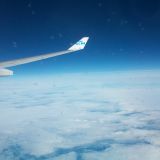 amahran منذ 8 سنوات 8
You could either have inspiration and hope, or you could avoid walking into a spinning propeller all together.
رد ↓•رابط ثابت•Report

preacher1 منذ 8 سنوات 3
Well, nobody here seems to have much sympathy for her and I really don't either. I do have to admire her spunk on recovery but I can't help but feel that 200K helped her a little, cause I figure that same insurance paid for the medical too.
رد ↓•رابط ثابت•Report 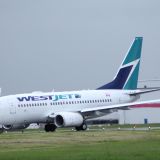 dardav منذ 8 سنوات 3
Not sure who among us (even with 2 eyes) actually sees a spinning propeller. Yes you can see the blur of the blades, and surely you hear the sounds of engine and air moving violently. But this accident happened at night, with likely no visible clues to an actually spinning prop. With the excitement of the evening, the likelihood her inexperience around aircraft, she moved into the danger zone. Had this been a child, or an elderly person, and not an blond (insert your own joke) women, I think a few of the comments I've read would be worded much more closely to sympathy and full recovery. Pray nothing happens to a family member or friend while we operate our aircraft.
رد ↓•رابط ثابت•Report

preacher1 منذ 8 سنوات 1
Well Dave, the reason for the lack of sympathy is the book deal and 200K lawsuit. I can agree with the excitement and inexperience. The pilot has some fault here to for not stopping the engine. Based on the picture they did a remarkable job of putting her back together. I would not wish that happening on my worst enemy.
رد ↓•رابط ثابت•أصلي•Report

David Minor منذ 8 سنوات 3
Was instructed to walk away from the prop upon exiting the aircraft. Doesn't blame the pilot, but still won a lawsuit agaist him in excess of 200k.
رد ↓•رابط ثابت•Report 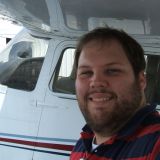 meeverett منذ 8 سنوات 4
Nice to see that she also got a book deal and trip to the Olympics out of this. Considering all that I'm starting to rethink my policy of not walking into spinning propellers. After all, I don't have a fledgling modelling career to worry about.
رد ↓•رابط ثابت•Report

Jeffrey Babey منذ 8 سنوات 3
Sadly our society does reward the stupid. It was dumb of her to walk in front of an aircraft after being told not to. I was not very nice in my comments when we talked about this story when it happened and I stand by what I said. My point with posting this story was her miraculous recovery, her face had to badly chewed up so to see her looking "almost" the same is quite amazing.
رد ↓•رابط ثابت•أصلي•Report

JD345 منذ 8 سنوات 2
It's an awesome, amazing story of recovery from a human interest perspective but it's just plain wrong that this is like winning the lottery for her.
رد ↓•رابط ثابت•أصلي•Report

meeverett منذ 8 سنوات 2
I agree; they did do a good job of putting her back together again.
رد ↓•رابط ثابت•أصلي•Report

meeverett منذ 8 سنوات 2
P.S., don't take my lack of sympathy as an endorsement of pilots leaving the plane running while picking up passengers.
رد ↓•رابط ثابت•أصلي•Report 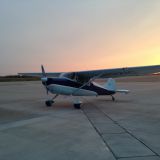 Randy Michel منذ 8 سنوات 2
If she learned to live by faith, does that mean she's going to do the same thing having faith the prop will stop by the time she gets to it? Haha. Faith has its place but she ought to live by intelligence, so that she learns after she does something stupid, to be more cognizant of what she does next.
رد ↓•رابط ثابت•Report

JD345 منذ 8 سنوات 3
Once there was a flood that started washing out the area a man lived in. He prayed to God and asked for protection from the flood. Later that day, a sheriff deputy in a truck came by and offered him a ride out of town, but he refused, saying that he didn't need the help because God would protect him from the flood.

Through the night the flood waters kept rising and the man had to take refuge on the second floor of his house. The sheriff deputy came by again in a boat and offered to rescue him and take him to safety. He again declined, reiterating that he didn't need help because God would protect him from the flood.

The flood continued to rise and the man had to climb on to the roof. The sheriff deputy returned once again in a helicopter. He dropped down the basket and tried to convince the man to climb in and get hoisted into the helicopter but the man refused to get in, again saying that he didn't need human help because God was going to protect him. The sheriff deputy pleaded with him but couldn't change his mind, so he gave up and left.

The waters kept rising, and man got swept away and drowned. When he got to heaven, he said to God, "Why did you let me die in the flood? I put my faith in you to protect me and you failed me!"

God replied, "What are you talking about? I sent a sheriff deputy to rescue you with a truck, a boat, and a helicopter. What more did you want?"
رد ↓•رابط ثابت•أصلي•Report

She totally screwed up, but the fact that she has recovered so quickly is a miracle.
رد ↓•رابط ثابت•Report

aaronavtr Graham منذ 8 سنوات 3
I'm not sure how you walk into a spinning propeller blade. That is just beyond me. I can see if the propeller became detached but hey what do I know?
رد ↓•رابط ثابت•Report

"According to the pilot ... he stopped the airplane on the ramp with the engine running in anticipation of taking another passenger ... He opened the door on the right side of the airplane
expecting a friend to come out and assist his passenger in deplaning. After he opened the door, the
passenger started to get out of the airplane. Upon noticing that she was exiting in front of the
strut, the pilot leaned out of his seat and placed his right hand and arm in front of her to divert
her away from the front of the airplane and the propeller. He continued to keep his arm extended
and told the passenger that she should walk behind the airplane. Once he saw that the passenger was
at least beyond where the strut was attached to the wing, and walking away, he dropped his right
arm and returned to his normal seat position. The pilot then looked to the left side of the
airplane and opened his window to ask who was next to go for a ride.
The pilot then heard someone yell, 'STOP STOP,' and he immediately shut down the engine and saw the
passenger lying in front of the airplane."

It was nighttime. His passenger was not a pilot. I'm guessing (though I don't know the plane type) that there isn't a left-side door, meaning that he couldn't have exited the airplane before his passenger in order to guide her effectively away from the prop. Why not stop the engine?

As the master CFI who teaches me quietly observed when I ONCE shut off the mag switch before pulling the mixture full out: "The propeller is now trying to kill us."
رد ↓•رابط ثابت•Report

meeverett منذ 8 سنوات 1
I don't think there was a person involved in this situation that did what they should've done.

The pilot absolutely should have shut down the engine. The aircraft in question, an Aviat Husky A-1C, is a lot like a Super Cub--two seats in tandem, one door, and a taildragger. The position of the front seat means it is possible and even likely that someone will exit in front of the strut. Further complicating matters is the fact that apparently the door was opposite the passenger he was picking up, meaning passengers would have to cross in front of or behind the aircraft. The only reason I could come up with in several days of thinking about it, is that he was planning to log all the time spent sitting on the ramp and the hobbs is running when the engine is running. I don't know what he was thinking, but I hope he learned his lesson.

While I wouldn't wish this kind of thing on anyone, I just can't believe the monetary/media response Ms. Scruggs has received from simply walking into a propeller. I have a similar story, but it involves a car and some 16 year-olds. A local kid was in a car crash with a girl he knew from school; long story short, she crashed and a fence post came through the car and hit him in the face. He didn't die, but it wasn't kind to him and he's going through a similar process to Ms. Scruggs. Not only was there not a lawsuit, but there was no Today show, no endless news reports, nor a book deal. For the record, I get why Ms. Scruggs sued, and I'm sorry for the pain this has caused her. In the end, I still can't believe how much she's been rewarded by the media (specifically the Today show) for her mistake. Yes, there were other mistakes that created a dangerous situation, but her lumbering around on the ramp without considering the spinning wheel of death nearby remains her mistake. She screwed up; the pilot screwed up; everybody screwed up.
رد ↓•رابط ثابت•أصلي•Report