To the Ticket Agent at the Delta Counter

SootBox منذ 7 سنوات 8
I have ALWAYS had GREAT service from Delta CSA's through the years that I can never understand when someone says they didn't get great service using Delta. Without going into a long story, I had an encounter with a Delta agent in AUS that went beyond stellar. I had missed the last flight to ATL due to losing (theft I think) my wallet and she was desperately trying to get me onto another flight with another airline. When American had a seat through DFW to ATL, she got me on it. Big deal you say? Well, it was when American needed an extra $75 to get me on and I had just lost my wallet & credit cards. She whipped out HER credit card and completed the deal. All she had was my ticket info to trust me with. Immediately upon arriving home, I sent her MUCH over the amount and told her to do something fun on me with the extra.
رد ↓•رابط ثابت•Report 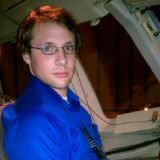 andrew tobin منذ 7 سنوات 7
In my years working the gates and counters with United Express, I got yelled and screamed at for things I knew nothing about every day I put on my uniform. I can't tell you how many times I got the ever-popular "How the <insert profanity of choice> am I going to get home?!?" when informing people that they had missed their flight. Always made things better that the flight schedules were so tight that 9 times out of 10, I was already boarding the next flight at the gate when they showed up and would get yelled at more for pointing them to the CS counter. Only once did I get something like the author mentioned, it was a sheepish "Sorry for yelling at you earlier" while I was rebooking a guy that I almost called the cops on not 10 minutes earlier.
رد ↓•رابط ثابت•Report

dax9876 منذ 7 سنوات 7
Working as a customer service agent is by far the most difficult job I have ever held. So many people do not realize that we did not have the power to hold flights, re-open the door to the aircraft, or even check the status of where your bag was. The constant demand for lower prices and the want to achieve higher profits by airlines, leave their front-of-the-line employees shrugging at times.

Why on earth would my airline schedule a 35 minute connection in Atlanta... in different concourses? (It happens daily.)

Why did my airline, despite the technology being available and easy to use, never have the ability to track a bag when it was lost, until it finally showed up in a bag office?

Why would we not hold an aircraft door open for another 5 minutes so that a family of 4 could make it home that night, instead of having to sleep in an airport hotel?

Why did I have to tell a family with two children that we didn't have enough seats on our aircraft to Orlando, and that Disney World would have to wait?

All of these things really did happen, and the answers to all of theses questions is MONEY.

I was embarrassed daily. I tried my best to show empathy for my customers, while secretly feeling angry that my company would put me in this situation. I tried to tell myself that when people seemed like they were angry and calling me any number of names, that they were simply angry at the people hiding in their cubicles.

The fact of the matter is that the demand for cheap tickets and the drive to still earn more and more money drives the cubicles and airlines to schedule 35 minute connections to try to fit in one more segment on that aircraft's route. The baggage service office and ramp were left without technology to track and scan bags because that too would cause longer turn times on aircraft. Holding an aircraft for an extra 5 minutes means that our on time performance (one of three major categories that airlines are ranked and chastised on) goes down, and so does the perception of our reliability as an airline. And why would an airline sell only 100 tickets for 100 seats, when they could collect on 103?

When you pay $100 for an airline ticket, this is what you will get, and frankly it's what you should expect. I came to feel exceedingly bad when customers purchased premium tickets (sometimes 500% or more than the standard discount ticket) and I was giving them the same level of crappy service.

This is the way airlines have been doing business for a long time now. Perhaps if the CEOs and cubicles were in our shoes on day 3 of the fifth snowstorm of the year, or on delay number 4 at my gate today, or overselling 5 passengers who did everything right except not knowing that we sold their seat twice (or three or four times), perhaps then they could see that they were creating disgusted, angry passengers. Or realize that the worst thing they are doing is creating a tired, apathetic, and equally disgusted and angry work force.

To be honest, I was surprised at how many people took "airline bad news" so well. I had customers offer to buy me coffee, and pat me on the back, and give a simple look of "I'm Sorry" like Josh did in the article. It was almost enough to bring tears to my eyes on several occasions... partly because the people I felt like we had wronged gave me more appreciation than my company ever did.
رد ↓•رابط ثابت•أصلي•Report

Tony Smith منذ 7 سنوات 2
I've had good and bad experiences, with Delta and other airlines. I've written letters to airlines saying what a good job the customer service agent/ticket counter agent did, and unfortunately I've had occasion to write to the DOT (since the airlines no linger take complaints seriously themselves) about surly customer service agents. Remark about short connection times is well founded - to make a 35 minute connection at any hub airport, the stars have to align right.
رد ↓•رابط ثابت•Report

ed lang منذ 7 سنوات 2
This was a really nice story. I've never been one of those Nasty nasty passengers, having worked at Lufthansa for 6 years, but I do make a point of thanking, sending an email or a note to customer service when an agent goes out of her/his way to do something nice. I really think what goes around, comes around!
رد ↓•رابط ثابت•Report

Leenydld منذ 7 سنوات 1
I recently tried "to do the right thing" - with patience. My large bag was busted open (zipper broke) and other damage between IAD,layover in DEN & Kalispell this past September. Nothing is more embarassing than gathing your personal items from the floor of the baggage office (they DID put everying in a huge bag). I was unable to determine at that time if anything was missing on the quick assesment. The bag was NOT overpacked, nor was it overweight - it just looked like it took a nasty fall OR something really heavy slammed into it. Good news - the only thing missing was a small personal item that was easily replaced. Bad news - the airline did absolutely NOTHING as far as replacement for my luggage. I even took it to the Better Business Bureau. All I received was a $100.00 voucher for a 'next trip'. It really stinks as my father retired from this particular airline, too.
رد ↓•رابط ثابت•Report 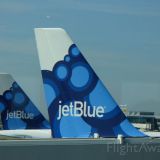 Galen Labady منذ 7 سنوات 1
Traveling can be very stressful. I know that because at many times my family may be upset because of the stress and we vent it on each other, but I really like how this experience turned out positively.
رد ↓•رابط ثابت•Report

chalet منذ 7 سنوات 1
Delta was this and even better oh, 40 years ago or so. At that time I was commuting bewteen Chicago and South America rather often and they flew a glorius 747 bewteen ORD and MIA; they held my plane at Miami a number of times for a few minutes until I and other passengers had the chance to disembark from the incoming flight (Braniff), pass through customs and run like hell to the South side of the terminal. In 1974 Eastern or Panam lost my luggage when flying from Aruba to San Juan to Philadelphia to Lancaster, PA all the same day, but they did not care a damn for three days and out of desperaton I called Delta and you know what they found them at some Pan Am store room at Philly, retrieved all 3 bags and delivered to me in Lancaster, PA via hired van and refused that I pick up the fare and I did not fly Delta on that day. I wrote a congrat and thankkful letter to their VP for Customer Relationships mentioning the names of the two guys who did it.
رد ↓•رابط ثابت•Report 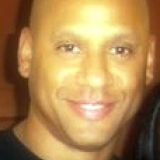 SALSOUL منذ 7 سنوات 1
In this hurry-up-take-care-of-me world, selfishness is at an all-time high. Rarely do we encounter such forgiving individuals who take the time to help and listen. This was a great chapter in your life, Dr.Misner and I wish you the best in your endeavors.
رد ↓•رابط ثابت•Report