Hilton Conroy منذ 9 سنوات 1
Yes Carol .. CASA grounded TIGER as they had concerns about some aspects of their operations .. but that was NOT because maintenance was not being done properly by the people doing that work. Certain Tiger pilots flying below MSA on approaches to Melbourne airport was one example of procedures that had to be tightened. Even then it can't be said there was a real risk to passengers... although the rules were broken. It is NOT easy to qualify for a job as an airline pilot in this country.
That's all history now and Tiger are running a sharper operation all round.
I think that if CASA carried out a similar audit of Qantas or Virgin they would find many things to be fixed there also.
I do not see any reason why TIGER will be any safer under Virgin control. Eventually they will become just a part of VIRGIN anyway..I have no doubt.
Aviation is Australia is very tightly regulated and you can fly with confidence on any of our airlines.
رد ↓•رابط ثابت•Report

john pro منذ 9 سنوات 1
It could only be good for Tiger who has a very bad reliability reputation in Australia. Possibly when one of Tiger's few planes is unserviceable or very late management could quickly 'code share' a virgin 737 replacement.
Jp
رد ↓•رابط ثابت•Report

Hilton Conroy منذ 9 سنوات 1
Sad to say I feel sure this will bring about the end of TIGER in Australia.
I have had several very low cost flights on TIGER. There were no problems on any of these.
In recent times they have worked hard to regain a good reputation.
Now sadly we see VIRGIN have got a controlling share in TIGER, which will no doubt mean eventually TIGER will disappear and so will deep discount flights in this country. VIRGIN will then have only JETSTAR to compete with on some routes. VIRGIN were the pioneers of discount air fares in Australia but in recent months they have gone "upmarket" with much higher fares. BYE BYE cheap air fares in Australia ... and soon back to the bad old days of only two non competing airlines.
رد ↓•رابط ثابت•Report

CAROL TUTCHENER منذ 9 سنوات 1
This news is just so sad.It is great that Virgin is successful but sad that they are deserting the budget travellers who helped them grow to go into the high end of the market against Qantas.

I know many loyal Virgin travellers who will never ever fly Tiger - their reputation is terrible for customer service and reliability and the general perception is that they are unsafe.

This move will force former loyal Virgin budget travellers onto JetStar. However, many of us have issues flying on any Q
رد ↓•رابط ثابت•Report

CAROL TUTCHENER منذ 9 سنوات 1
This is such sad news for the loyal Virgin budget travellers who helped to create Virgin's success in Australia. Virgin has an excellent reputation for safety, reliability and fantastic customer service. Now they are deserting us for the high end of the market to compete against Qantas, so we will no longer be able to afford to fly with Virgin.
Jetstar staff are efficient but not as friendly and helpful as Virgin staff and some people have an issue with flying on any airline in the Qantas group these days, not just because they are no longer a truly Australian airline, but because they have such a poor industrial relations record - unhappy staff are not good for an airline, and they do seem to have more maintenance issues than they used to,if the media reports are anything to go by.
Many of us will never ever fly with Tiger, even if the fares were free, as their reputation for reliability and customer service is appalling, and there is a general perception that they are not safe.
I really do hope that Virgin will reconsider and not keep the Tiger name (as they will also inherit the reputation which is beyond repair).
Why can't they rebrand Tiger as Virgin and put all the Tiger staff through Virgin training?
Also,does anyone know if Tiger maintenance will be done at the same facility by the same maintenance crews as Virgin aircraft maintenance, or somewhere else?
Wishing Virgin all the best - they deserve their success - but so sad to think that they are now relegating their loyal budget travellers to such a substandard substitute.
رد ↓•رابط ثابت•Report

Hilton Conroy منذ 9 سنوات 1
Carol TUTCHENER - Hi ..Before you write off Tiger like that please be aware that they must meet the same strict maintenance standards as Virgin and Qantas. Tiger have recently emerged from a massive audit by CASA and now meet all the standards for pilot training and other operational matters.
As a private pilot and aviation enthusiast I have carefully watched for anything safety related on my TIGER flights and found nothing that concerned me. I have full confidence in TIGER safety. If CASA is happy so am I !!
رد ↓•رابط ثابت•Report

CAROL TUTCHENER منذ 9 سنوات 1
Hi Hilton
CASA wasn't at all happy with Tiger initially which is why they got grounded. This is why people lost confidence in Tiger in the first place. One would have hoped that the operators of any airline would be sufficiently concerned about passenger safety that it would not be necessary for CASA to take such a dire measure as suspension.
I agree that if CASA is happy we can feel more confident especially in view of Virgin's reputation, but I would feel happier ir know that the maintenance and airworthiness operations are being carried out by different people than those who were responsible prior to the grounding.
رد ↓•رابط ثابت•أصلي•Report 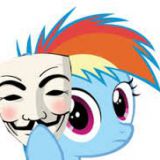 Lindsaybkk منذ 9 سنوات 1
I am not sure that was a good move by Virgin Australia.
Tiger Airways in Australia is badly managed and it's reputation is
worst of all Australian carriers. Just search google, cancelled flights, passengers left stranded at airports, the list is endless. The youtubes are my favourites.
I even had trouble myself contacting customer service (long story) a few years back.They don't want to know you.Richard don't get into bed with Tiger!
رد ↓•رابط ثابت•Report