تم الإرسال منذ 4 سنوات
Its a start. They have been tweaking the firmware to limit the altitude of the lower and mid range lineup. (www.flightsafetyaustralia.com) المزيد...

Highflyer1950 منذ 4 سنوات 5
So a drone operator can go out an hunt for other traffic but the other traffic are blind to it? What could possibly go wrong?
رد ↓•رابط ثابت•Report

joel wiley منذ 4 سنوات 2
QUOTE:
But it’s the inclusion of an ADS-B receiver that has captured the attention of many in aviation safety circles.

‘The M200 series features a built-in ADS-B receiver,’ says DJI, ‘…enhancing airspace safety by automatically providing the operator with real-time information about the position, altitude and velocity of nearby manned aircraft equipped with ADS-B transmitters.’
/QUOTE

Looking at the product literature, it would seem a better feature would be some sort of ADSB-Out beacon to broadcast its presence to warn aircraft. That might require an ICAO identifier or a similar analogue for air-space recognition. Will the controller include some sort of ADSB monitor to decode and calculate distance to aircraft with an eye to warning the operator that something is coming?
رد ↓•رابط ثابت•Report

James Carlson منذ 4 سنوات 3
I think this is actually a pretty good solution.

UAS operators are required to see and avoid all other traffic. They're at the bottom of the pecking order. So giving them enhanced means to look for traffic is a good thing.

Having them broadcast would, I think, be a mixed bag. Sure, it might help with awareness for manned aircraft. But it would also create more clutter in an already cluttered (and sadly bandwidth-constrained) area. Most of the time, knowing where they are just doesn't matter, because they're so low and small and remote that you're unlikely to be near them. I want to know about the two-ton craft above me before I hear about the 50 pound craft below.

And, for sure, ATC has made it clear that they don't care to track these things like regular aircraft. Given that a major point of ADS-B Out is improved secondary surveillance, why contribute data that ATC (or at least ATO) doesn't want?

I think the more important part here is training: the UAS operators need to know that it's just an aid to spotting other aircraft. You have no guarantee that you're seeing all the traffic, so you still have to scan visually. This is hard enough for modern pilots of manned aircraft, some of whom seem to think that if it's not on the screen it just doesn't exist. I think UAS operators may have a harder time dealing with over-reliance on technology.
رد ↓•رابط ثابت•أصلي•Report

Andrew Prakken منذ 4 سنوات 2
I B 4 E - Except after C.. How come Spell check did not catch this error.
رد ↓•رابط ثابت•Report 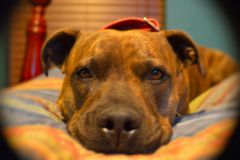 jobocs82 منذ 4 سنوات 1
How would a person going around to installing a transmitter on a drone?
رد ↓•رابط ثابت•Report