تم الإرسال منذ 10 شهور
The Federal Aviation Administration (FAA) on Wednesday proposed to fine Boeing just over $1.25 million for violations in the program that allows company employees to perform oversight on behalf of the safety agency. (www.seattletimes.com) المزيد... 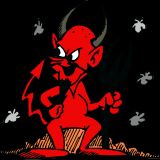 belzybob منذ 10 شهور 15
Screw the fine, make them fire the people responsible or even better prosecute them.
رد ↓•رابط ثابت•Report

Robert Cowling منذ 10 شهور 7
300 times that. 100% for every innocent human that died in those two plane crashes.

Boeing profited mighty until the crashes. Their existing management made massive salary and bonuses. Then, they still did, until the CEO left. How many of his hand picked jackals are still there?

Accountability ended in America, and especially corporate accountability. If corporations are people, they should be held accountable for their heinous acts for profit that kill and harm people. Shareholders are NOT the reason corporations exist.
رد ↓•رابط ثابت•أصلي•Report

At least get your airframe correct.
رد ↓•رابط ثابت•أصلي•Report

Robert Cowling منذ 10 شهور -5
True, but both are 'non-union', and under increased pressure, I'd bet, to LIE to the FAA, and LIE in their documentation. Everything that happens to an airframe is supposed to be documented so that *everyone* that touched it is logged so that anything that happens is supposed to be traceable. But if people are encouraged to lie, and deny known issues, who is the real criminal?

Boeing, or the FAA?

I say that the real criminal in this situation is the GOP who pushed to slash the budget across the nation, called 'sequestration'. Think of it as a fancy way of saying 'austerity'.

Your parents tell you that your allowance is now $0.25, but you have to do everything that you did when it was $5.00.

Or, your employer says your hourly wages are going to be $1.25, but you have to do everything that you were already doing. So they shifted regulatory functions to the regulated industries. Boeing was now able to 'certify' their own products, and their own work. It was the only way to get the work of the FAA done. AND this spread across the government. Meat packers are able to 'certify' their meat WITHOUT federal inspectors!

So, if not for sequestration, the government would have the money to enforce regulations and employ inspectors that will make sure that the 'SO US THE MONEY' corporations in America will LIVE UP TO EXISTING regulations.

Leaving the regulated industries to regulate themselves is idiotic! You CAN'T give that much power to ANY corporation! You Just Can't!!! Over and over again, you can't trust corporate America. So, can you trust their handmaidens in government, and Washington DC? HELL NO!!!

The crisis at Boeing is all across government, and it's only gotten worse in the past 3 years.

A mining lobbyist is running the bureau of land management, polluters are running the EPA, and the malfeasance goes on and on...

Another term of this, and we are all doomed.
رد ↓•رابط ثابت•أصلي•Report

Robert Cowling منذ 10 شهور 3
They planted a huge forest for themselves, didn't they...
رد ↓•رابط ثابت•أصلي•Report

Dwight Hartje منذ 10 شهور 2
They sure did.
رد ↓•رابط ثابت•أصلي•Report

Robert Graham منذ 10 شهور 4
The fine isn't really much to Boeing, but the media stories might hurt them a bit. So what's going to happen to those supervisors and managers who forced the Charleston, SC Boeing safety people to ignore the problems? If the FAA pulled self-safety certification responsibilities away from Boeing, that would really get Boeing's attention.
رد ↓•رابط ثابت•Report

bentwing60 منذ 10 شهور 1
"If the FAA pulled self-safety certification responsibilities away from Boeing, that would really get Boeing's attention."

If the FAA pulled all of Boeings DER authorizations they would literally put themselves out of bidness, as well as Boeing. So, who would you propose for the role, because the FAA was lock step in the MAX certification process, and issued the type and airworthiness certificates. They have been proven ill suited for the task.

And, as usual, now want the money! It ain't about the amount!

P.S., The NTSB is busy! The only guys with any street cred. anymore.
رد ↓•رابط ثابت•أصلي•Report

mariofer منذ 10 شهور 3
The money for that fine is going to have pocket lint stuck to it.....
رد ↓•رابط ثابت•Report

The Boeing 'suits' didn't move to Chicago for the weather, or the law and order!
رد ↓•رابط ثابت•Report

matt jensen منذ 10 شهور 5
No they moved from the same confines of a no income tax to a more corrupted state with high taxes, just to be closer to UAL
رد ↓•رابط ثابت•أصلي•Report

william baker منذ 10 شهور 3
You do realize that United and Boeing use to be the same company back in the 1916. William Boeing Created the airline which established United Aircraft corp back in 1928. So im hidsight Boeing wanted to be near the airline that was created by there company so many years back.
رد ↓•رابط ثابت•أصلي•Report

This was all about GOP austerity to penalize Obama for being America's first black president. They wanted him to be a 'one term president', and went about killing the regulatory structure because the government 'couldn't afford it'.

Meat packers, Airlines, chemical plants, AND MORE, were all allowed to regulate themselves. Imagine a bank robber, or murderer, psychopath, regulating themselves. There would be no more crime. Free-for-all... And the money would still flow down to DC, insuring the usual suspects keep their cushy jobs.

It's sick, but try to get a heroin addict to give up their high. Try to get a politician to outlaw all outside money. HAH!!! They can't live without it.
رد ↓•رابط ثابت•أصلي•Report

Philip Lanum منذ 10 شهور 5
Boeing moved its HQ from Seattle to Chicago in 2001 - what does that have to do with Obama, who did not become President until 2009?
رد ↓•رابط ثابت•أصلي•Report

Doug Haviland منذ 10 شهور 2
Are you employed or are you still in the basement?
رد ↓•رابط ثابت•أصلي•Report

Mark Kanzler منذ 10 شهور 1
The tinfoil in your hat it getting overly crinkled... and you probably have it on inside out (it matters where the shiny side is facing).
رد ↓•رابط ثابت•أصلي•Report

U.S. proposes fine of $1.25 million on Boeing for pressuring workers at airplane plant

The U.S. Federal Aviation Administration on Wednesday said it was proposing to fine Boeing Co $1.25 million after the agency alleged Boeing managers at its South Carolina plant exerted undue pressure on workers who handle safety oversight work on behalf of the agency.

The FAA said Boeing managers pressured workers to perform inspections on an aircraft that was not eligible for inspection because of various issues; harassed people to make them perform inspections more quickly; threatened to replace workers; and retaliated against a unit manger for filing an undue pressure report by declining to interview the "highly qualified manager” for a promotional position. 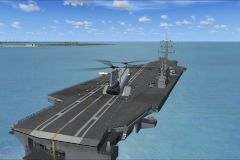 WhiteKnight77 منذ 10 شهور 1
This is not the only industry where production can push quality, or work to override quality. I have been part of a team that had to go back and reinspect parts for a power plant expansion due to the production managers creating a chilling effect in respect to how, or what, the quality control inspectors did and pressured to sign off on said parts. The original company avoided the fines handed down by selling the portion of the company to another party.

The FAA needs to go after those managers who pushed the inspectors for a faster sign-off on the paperwork so their production numbers remain high. If they ensured that the production personnel did their job properly, and that the proper books and paperwork are followed, they would increase production by having planes made right the first time so inspectors can sign off without having to hold up the delivery.
رد ↓•رابط ثابت•Report

bentwing60 منذ 10 شهور 1
What, and go after the guys they were drinkin' beer with one year ago! An FAA POI was known in my airport trash crowd (of which I was one) for showing up at late beer thirty at more than one hangar he ruled over, and never brought any Beer. His records indicate he crashed a helicopter and 'at least' one airplane enroute to becoming a full fledged POI. As far as I know, 'still active'. And he drove a blue Chevy Vega wagon back then Wing'.

While I respect the parable from your industry, not the core of this site, I respectfully contend that the knowledge of the inner workings of any particular industry will never be truly revealed on any website, let alone one that is now thoroughly inculcated with non industry participants.
رد ↓•رابط ثابت•أصلي•Report

WhiteKnight77 منذ 10 شهور 2
That you presume that I have no aviation experience, you are way off base. I do have an aviation background as a helicopter/jet engine mechanic/crew chief/plane captain/door gunner/loadmaster. Of course, we had to have the manuals open to the page in the steps needed when rebuilding the engines, and had to have QC over our shoulders when we had to torque something down.

On a test flight after replacing a rotorhead and having to put the birds in track, we flew out to Silverado Canyon and found that we needed to make make another adjustment, and the pilots, who could act as QC, were there overlooking my shoulder as I torqued the pitch link down and installed new safety wire after we landed on the mesa there.

The nice thing about that, is that I was not pressured to do something that was not correct. I have been on a job recently where superintendents didn't care about qulity and wanted things that I could not give. The previously mentioned work was something that matters as ensuring quality ensured safety, for both the workers that are going to be at that plant, and residents in the surrounding area. It is not much different than aircraft certification.
رد ↓•رابط ثابت•أصلي•Report

bentwing60 منذ 10 شهور 2
I did not presume that you had no aviation knowledge or experience, and in fact, recognized your avatar and long experience on this site. You are well represented. I routinely dig in the 'archives' of FA for references from the past, that apply to the here and now. Rapidly being expunged, for those that care to check.

My last statement came down inappropriately on your shoulders and was not meant to be, my faux pas, and apologies. I will stand by the statement as pertains to the crowd.

I am routinely amazed at some of the replies to my always conservative comments from folks that FA themselves purport to have been on the site for many years, with 2 comments aimed at my current posts. These are, indeed, strange times. Kings pawn,e5.
رد ↓•رابط ثابت•أصلي•Report

WhiteKnight77 منذ 10 شهور 1
Thank you. Back when I was in, and even for the longest time after, I was a worker bee. Now I am quality. Back then, I sent stuff to the NDI shop, now I do it, even if not on aircraft parts (I have had an NAS-410 cert).
رد ↓•رابط ثابت•أصلي•Report

WhiteKnight77 منذ 10 شهور 1
That should be blades in track.
رد ↓•رابط ثابت•أصلي•Report

ko25701 منذ 10 شهور -4
Job pressure is the reality of having a job. This case is about Unions and nothing more.
رد ↓•رابط ثابت•Report

Alan Winiesdorffer منذ 10 شهور -7
Winers.....take the Bus. If I was Boeing I would announce that we were quitting the airline industry.... let the crying begin. There were two Pilots at the controls of the Aircraft...Fly the airplane!
رد ↓•رابط ثابت•Report

Mark Kanzler منذ 10 شهور 3
Wrong plane.
South Carolina has nothing to do with 737.
رد ↓•رابط ثابت•أصلي•Report