Antonov AN-225 Mriya confirmed as destroyed

Submitted 11 months ago
The worlds largest plane has been confirmed as destroyed earlier by the official twitter account of Ukraine… (www.aviationweekly.org) More...

sparkie624 11 months ago 8
Hate to see it destroyed. Saw it up close one time when it came in to KMEM a number of years ago... It was quite a magnificent site to see... Got to see it land and take off... On climb out due to its size, it looks like it is crawling very slow... A world wide loss!
Reply ↓•Permalink•Report

coinflyer 11 months ago 4
I understand one engine was off the plane for maintenance. Couldn't they have flown it out empty with the remaining five, and a cover over the open strut of the sixth? Or is this idea just plain dumb?
Reply ↓•Permalink•Report

Heatseekerws6 11 months ago 2
As a consolation to the loss of this AN-225, there is the unfinished one that resides somewhere near Kiev. I read that as of a few years ago someone was trying to find money to complete it. I'm sure this will expadite things to get it complete and flyable now.
Reply ↓•Permalink•Report

Charlie Roberts 11 months ago 1
I read where there was one of the An-124s lost, also
Reply ↓•Permalink•Report

mary susan watkins 11 months ago 1
what a shame..i saw it once a long time ago,and it was huge! it was kind of like a whale trying to get off the ground!there will not be another made anytime soon im sure...
Reply ↓•Permalink•Report 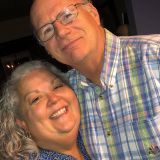 Steven Wells 11 months ago 0
I wait see to much false information coming out of the that country.
Reply ↓•Permalink•Report

I'll believe it when I see pictures of it. There has been so much propaganda over the events in Ukraine.

Remember the 13 Ukrainian soldiers on an island who were killed by Russian forces when they told the Russians to F*ck Off? Turns out they all surrendered and are safe and ALIVE.

Don't believe ANYTHING that is being reported in any media right now.

If true this would indeed be a very sad loss to the aviation world for which we can thank the corrupt Biden regime for pushing the world to the brink of war.

For those of you who cannot understand the actions of Russia right now ask yourself this. What would have happened if Russia overthrew a democratically elected Prime Minister in Canada in a coup in 2014 and installed a puppet prime minister and flooded Canada with Russian arms? How long before the United States invaded Canada? Answer: A hell of a lot sooner than the eight years Russia patiently put up with American aggression in Ukraine.
Reply ↓•Permalink•Report

djames225 11 months ago 8
What in the H are you yammering on about?? And where the heck did you see/hear that all 13 Snake Island soldiers surrendered.
As for overthrowing a Canadian Prime Minister and planting a puppet, I think you have been watching wayyy to many conspiracy channels if you honestly think Canadians would let that happen. As for Ukraine welcoming aid and help over the years, it's NON of Putin's DAMN business as the country is free and NOT under his control.
Reply ↓•Permalink•Parent•Report

Kevin Keswick 11 months ago -5
The Russian military has claimed that Ukrainian border guards, whom Ukraine initially declared entirely slain, survived, while Kiev's military concurred that it might indeed be the case.

Both countries’ armed forces on Saturday said that a group of Ukrainian border guards stationed on Zmeinyy (Snake) Island, located some 48km off Ukraine’s southern coast in the Black Sea, were captured by Russian forces. Russia says they were taken alive and unharmed to Sevastopol in Crimea.

However, the initial story allegedly went as follows: a group of 13 border guards on the island were confronted by a Russian warship on Thursday. The Russian ship ordered the group by radio to surrender, the Ukrainians replied “go f**k yourself,” and the Russian ship opened fire. After several hours of fighting, all the guards were killed.

The story spread like wildfire on social media and was held up by the Ukrainian government, Western media outlets and journalists as an example of Ukrainian “heroism.” Ukrainian President Volodymyr Zelensky honored the troops he declared slain, saying: “On our [Snake] Island, defending it to the last, all the border guards died heroically,” and promising to award them the posthumous title of “Hero of Ukraine.”


The first signs that something else may have happened came early on Saturday, as Russia’s Black Sea Fleet announced that dozens of Ukrainian border troops were delivered to Sevastopol, Crimea, with videos online purportedly showing their arrival.

Ukraine’s Border Guard Service stated shortly afterwards that the troops on Snake Island “bravely defended themselves,” but were taken prisoner when the island was captured. According to the military branch, reports that all had perished were “preliminary,” and came after the Ukrainian military lost contact with the island. The ministry did not say how many guards were stationed on the island, and did not claim to know whether any died or were injured.

The Russian Ministry of Defense likewise confirmed the capture of the island. Spokesman Major General Igor Konashenkov said that 82 Ukrainian servicemen had been stationed on the island, that all surrendered, and that none were injured. Konashenkov said that as prisoners were being transported off the island, 16 Ukrainian Navy boats disguised as civilian vessels launched an attack on Russia’s Black Sea fleet.

Konashenkov said that Russians destroyed six of the Ukrainian vessels, and claimed that US drones were seen operating in the area, suggesting that the US “directed” the Ukrainian boats. These reports have not yet been corroborated.

A recording of the Snake Island garrison supposedly telling the Russian ship to “go f**k yourself” is still circulating on social media. There is currently no evidence that the recording is genuine, and Ukraine’s Border Guard Service only said that the troops gave a message indicating “no one will surrender.”

Cleffer 11 months ago 9
Russia also said their troops were just on an exercise and that all of the world's rhetoric about an invasion was insulting. Yeah, I don't believe anything Russia says.
Reply ↓•Permalink•Parent•Report

djames225 11 months ago 4
Don't tell me..you are relying on the words from Russian media to substantiate your story. Yes UBGS said that they may have survived, but that was after listening to Russian BS.
I see flaws all over from it, the most glaring "Spokesman Major General Igor Konashenkov said that 82 Ukrainian servicemen had been stationed on the island, that all surrendered, and that none were injured." All along both sides stated there were only 13 servicemen on Snake Island, so how and where did the extra 69 pop up? Second "none were injured" sounds an awful lot like "we wont hurt civilians" after deliberate missile and bombing attacks on civilians.
The media I am following is that of actual Ukrainian people with their phones recording video while they are in the thick of it.
Reply ↓•Permalink•Parent•Report

jbermo 11 months ago 1
Your example gives a pondering perspective Kevin Keswick. Consider the difference perhaps is that Ukraine prefers to join the wealth and affluence of western / EU society whereas what Russia offers could never be as appealing to any nation. Such a difference is pronounced in your example.
Reply ↓•Permalink•Parent•Report

Greg S 11 months ago 3
Yours are just idiotic Russian propaganda talking points, taking verbatim. You are obviously incapable of independent thought and can only regurgitate narratives that you have been fed. In your next comment you'll start babbling about the Azov battalion, neo-Nazis, and genocide in Eastern Ukraine.

You are able to read Russian propaganda narratives because these are easily available in your echo chamber. You are not able to read anything about life and politics throughout Ukraine, but this takes work and you are lazy and stupid.
Reply ↓•Permalink•Parent•Report

Shenghao Han 11 months ago 2
I understand the pain, but full out invasion is not the answer...
Reply ↓•Permalink•Parent•Report

Alan Zelt 11 months ago 2
Huh? Try sticking to aviation, a subject you may know about. And which this is about. Not politics, for which you don't
Reply ↓•Permalink•Parent•Report

Kevin Keswick 11 months ago 1
It is IMPOSSIBLE to separate politics from the subject of this thread which is about the alleged destruction by Russia of the largest aircraft on earth. Hopefully the AN-225 was not destroyed and this is just the usual war propaganda but if it was we need to know WHY it happened.
Reply ↓•Permalink•Parent•Report 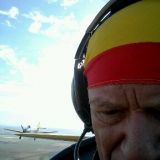 Ed Kostiuk 11 months ago -5
Due to our love for the Aviation Community let's hope and pray that the 225 can be restored. Now, please, back to Aviation news and not world events.
Reply ↓•Permalink•Report

This website uses cookies. By using and further navigating this website, you accept this.
Dismiss
Did you know that FlightAware flight tracking is supported by advertising?
You can help us keep FlightAware free by allowing ads from FlightAware.com. We work hard to keep our advertising relevant and unobtrusive to create a great experience. It's quick and easy to whitelist ads on FlightAware or please consider our premium accounts.
Dismiss