Greg Byingtonمنذ 3 سنوات
Right, it can be a little confusing. But the trick is to only type in: UH1

Don't type in anything else. FA is looking for the ICAO code for that particular aircraft which is an alpha-numeric code of up to four letters and/or digits. Here is a site you can go to in order to find the ICAO Aircraft Type Designator Codes:

See if that helps and keep up the good work!
Report

Gary Schenauerمنذ 3 سنوات
Hi, Dave. Greg is correct. Change the "CL60" you entered to "UH1."
The DoD assigns an MDS designation to US military aircraft. ( * MDS stands for Mission Design Series *) The MDS designation uses a hyphen to separate the letters on the left from the numbers on the right. ( * Sometimes the numbers on the right are followed by additional letters * ) The letters on the left of the hyphen are assigned from RIGHT to LEFT (ie: "backwards"), meaning that the first letter immediately on the left side of the hyphen just identifies the basic TYPE of aircraft, the next letter on the left side gets a bit more specific and identifies the BASIC MISSION of the aircraft, etc. Take the example of a KC-135. The "C" identifies the type of aircraft as a "Cargo" aircraft; the "K" specifies that the basic mission of the aircraft is to carry "Kerosene" - fuel. Therefore, the "KC" stands for Kerosene Cargo. In the case of the helicopter in your photo, the MDS Designation Code starts out with UH. The "H" means the type of aircraft is a helicopter and the "U" means its BASIC MISSION is as a Utility aircraft; thus, U(tility)H(elicopter).
(Grin) Have I confused you yet?
Now, a hyphen is always used to separate the letters from the DESIGN NUMBER of the aircraft. Any info that appears on the right side of the hyphen should be read normally (ie: from left to right).
* Dave this can get really complex so in order to close out this comment I will simply show how it is done below ....
BASIC MISSION of a/c, then TYPE of a/c, then a hyphen, then DESIGN NUMBER
Utility Helicopter - First Design
UH-1
As I said, there is a lot more to it. But whenever you type in the letters followed by a number, the FA program inserts the hypen between them, as it should.

I truly hope I have not totally confused you. But for your photo above, just enter UH1 as Greg said and then click SAVE. And you will be all set.
If you are still more curious, email OldeCarl@gmail.com (Friendly wave to you, Dave)
Report

cliff731منذ 3 سنوات
Gary - that's a great explanation and fits precisely my understanding of how DoD minds sort things and classify such!!!

But at the end of the day, there is much logic and purpose to it all... :-)
Report 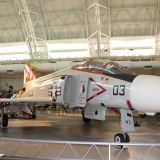