Return to Browse Photos
Upload Your Photos
Share This

Alexander Scheid3 years ago
Beautifuly plane. My CFI flew one as captain at German Bundeswehr in the Sixties. There is one at Technik Museum in Speyer (Germany) at Display. It reminds me at the must-see-movie The Flight of the Phoenix of 1965.
Report

Alex Howe3 years ago
The original movie "Flight of the Phoenix" used a Fairchild C-82 Packet, the remake used a Fairchild C-119 Flying Boxcar. Similar to a Noratlas in that they were twin-boomed military transports. I used to see C-119's and Noratlases frequently fly over my house in the 1960's
Report

Patrice LLavador3 years ago
I flew over Chad, Africa in the very late 60's, between "Fort Lamy" (Ndjamena) and the Tibesti in one of the French Military Noratlas. I remember we had to go one by one to the toilet at the very end of the tale, the last 10ft of the plane was lightly built to gain weight. In the cockpit it was a glass bubble on the top to navigate with the stars in case of instrument failure. Very emblematic plane of this period of time. Another plane very strange, the Breguet Deux Ponts, double deck Breguet, in service between Algiers and Paris in the 50's.
Report

Lionel GAUDIN3 years ago
I parachuted from aircraft
Report

rbt schaffer3 years ago
Even as a kid who built models in the 1960's, these things always looked like they severely struggled to stay aloft. So slow they seemed to fly backwards.... Some may argue
Report

Robert Briggs3 years ago
I first spied N9701F at the Santa Monica, CA airport in mid-1978, having just been hired by The Flying Tiger Line in Los Angeles. At that time it was owned and operated by Briles Wing & Helicopters. They had helicopter contracts up in Alaska and used the airplane as a mobile maintenance vessel. By removing the rotor blades, they could transport a Jet Ranger within the fuselage.

This was my first up-close sighting of a Fairchild C-82 Packet. Notably different with the twin-boom tail, and the post-military addition of a single Jet engine mounted on top-center of the fuselage.

Burnished on the left side of the fuselage, were remnants of the logo of TWA. Back in the B-707 days, TWA had owned at least two 'Packets', again serving as mobile maintenance vehicle, large enough to haul spare JT-3D engines, other parts, maintenance crews and their equipment, to service regions within Europe and Africa continents.

Fifteen years later, I had the pleasure of a re-introduction to N9701F at Hawkins and Powers Aviation, Greybull, WY. The Packet was one of a variety of older reciprocating-engine airplane types used for aerial fire-fighting that H&P used various missions. The airplane had the LARGEST supernumerary seating area I had ever seen, all located on the upper deck just aft of the pilot cockpit controls. The distance between the pilot seats were also much further than modern-day jet transports. Communication between the pilots was not enhanced with an intercom, resulting in 'shouting' requests to the 2nd pilot for power settings and checklists. I had the distinct pleasure to take training and fly her, earning an FA-82 type-rating on 27 September 1993.

Although not required for our lighter-weight flight training, we fired up the jet engine for demonstration purposes. Recalling that it was NOT powered by Jet-A, but rather the same 100-octane aviation fuel as the main engines, the jet ran some VERY hot turbine temperatures!

Following two separate incidents of wing folding, one involving a P4Y and another C-130, costs of complying with FAA mandates caused H&P to cease operations. Assets of H&P were sold to accommodate loans. N9701F was eventually acquired by folks in Hagerstown, MD.

While giving initial instruction to a new owner of an Eclipse Jet, student, I again stumbled across N9701F in November 2017 at the Hangerstown, MD airport. I doubt she is airworthy, last sighted north of the main Hangerstown terminal, where she may remain today.

Notes from my logbook include the following:

Ailin Barron3 years ago
Mr Briggs if you google map the Hagerstown MD airport, there is indeed a twin tail boomed aircraft with what could be a turbine mounted to the roof, just to the north of the terminal. It’s not alone as there is a second twin tail boomed cargo aircraft next to it. Different fuselage shape. I would guess they are there for the museum, as there are parts of other aircraft in that same area of the ramp. No idea when the picture was take for google, but I would bet after 2017. Thanks for your story.
Report

serge LOTH3 years ago
Great team who made it flying again... The only one in flying conditions.
There was one version in Africa with 2 additionals jets engines for high temperatures take offs
Report

serge LOTH3 years ago
This one is from the previous Transp Squad 62th "ANJOU" based in REIMS until 1978.Then dissolved. It's expected to be reactivated ,normally in Evreux in 2021, Training Squad on A400M with GAF join venture.
Report 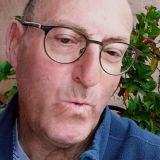 This website uses cookies. By using and further navigating this website, you accept this.
Dismiss
Did you know that FlightAware flight tracking is supported by advertising?
You can help us keep FlightAware free by allowing ads from FlightAware.com. We work hard to keep our advertising relevant and unobtrusive to create a great experience. It's quick and easy to whitelist ads on FlightAware or please consider our premium accounts.
Dismiss