تم الإرسال منذ 10 سنوات
RENO, Nev. (AP) — A medical flight with at least three people aboard was forced to land overnight without help from air traffic control after the lone controller on duty didn't respond to repeated cont . . . (flightaware.com) المزيد... 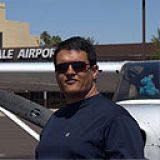 dmanuel منذ 10 سنوات 0
I believe railroad locomotive operators have a buzzer, that alarms at random intervals, requiring operator action (i.e pushing a button) to preclude application of brakes. Perhaps the DOT could do something similar in the tower.
رد ↓•رابط ثابت•Report

preacher1 منذ 10 سنوات 0
Railroad locomotives do have a deadman switch/pedal but there are 2 qualified in the cab. If one has to relieve themself they have a backup. That being said, if the can is a floor below, let them tell the regional folks the are out for a break. If the shift is that slow, make the Airport uncontrolled during those hours. Maintenance folks can monitor the frequency and get out of the way. Done every day by commercial and GA, BUT, we are not talking bathroom breaks here. We are talking nap time.
رد ↓•رابط ثابت•Report 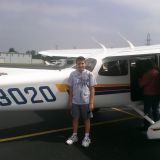 preacher1 منذ 10 سنوات 0
Well, if the traffic is that slow, there are a lot of "Uncontrolled after dark or whatever time" and requiring some type signal from the plane to turn on the lights. Shut 'em down if they are going to sleep anyway. Send them from KFSM to KJFK and listen to 'em holler. Besides having to move toi NYC they might have to work a little.
رد ↓•رابط ثابت•Report

crusader2009 منذ 10 سنوات 0
LOL at Ken... I think the random alarm and two people on a shift are both good ideas that should have been enacted long before these stories started hitting the airways. Sad part is this probably happens to some degree regulary and it just now making the news reels
رد ↓•رابط ثابت•Report

Tom Hebel منذ 10 سنوات 0
This is great - two controllers so that they can take turns sleeping!!!
رد ↓•رابط ثابت•Report 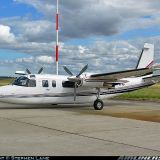 John Casebeer منذ 10 سنوات 0
The public perception of what ATC does is very skewed. They think ATC has something to do with actually flying the airplane. Every pilot knows the procedure for using an uncontrolled airport. Most American airports are uncontrolled. If there are only a few flights at night they should close the tower for the night and publish it except possible for those with national security implications e.g. Regan in DC.
رد ↓•رابط ثابت•Report

Jim Quinn منذ 10 سنوات 0
John--I agree! The uninformed public think that the controllers somehow have a hand in physically flying the aircraft. Perhaps we should change terms here: Controllers should be tagged as Airspace Supervisors or Airspace Advisors or something. The word "controllers" somehow carries the notion that they do something from the ground that, without them, automatically puts the aircraft in jeopardy. Cripes--if they knew how many planes were flying around at night without those controllers ensuring safe landings, they'd never get any sleep.
رد ↓•رابط ثابت•Report

Benito Sweeb منذ 10 سنوات 0
An Air Traffic Controller sleeping on the job is a most disturbing and alarming matter.
The FAA plagued by budget cuts like anyone else in these times, still faces the obligation to set priorities when it comes to cost saving measurements such as personnel cost control. It shall never be accepted, though, neither by the FAA nor by the general public that the safety of people, in the air and on the ground likewise, should have a priority other than the most important one.
That Air Traffic Control in low density traffic aereas during night time sometimes is manned by just one person has been an understandable thing in past times. Now that we see such incidents of controllers falling asleep during duty are accumulating, effective measurements should be taken to solve this life-threatening problem in a satisfactory way, so the public can regain its confidence in an Agency, most of us are relying upon.
One cost saving solution, as compared to higher staffing numbers, could be to install so called “Deathman’s Switches” at all low staffed ATC locations. This device, common like e.g. in trains, requires the operator on duty to act upon a prompt by the system in order to let the system continue smoothly. It could be e.g. a light popping up on the operator’s switchboard every few minutes, whereupon he or she has to press a button within, say, 15 seconds. Failing to do so within these 15 seconds would trigger an audio alarm to get his/her attention and 5 seconds later an automated alarm message would be sent to the next higher FAA supervising unit. This would be a one-time investment at fairly low costs, but giving us far higher safety conditions. The industry is invited to consider this proposal (of which I think that I’m not the first one to present it).

rjb4000 منذ 10 سنوات 0
How would the installation of a “dead man switch” fix the issue?

Sure, it wakes up one sleeping controller (and annoys hundreds of others), but should the agency not be more concerned with mitigating the organizational shortfalls that permit fatigued controllers to report to work?
رد ↓•رابط ثابت•Report

preacher1 منذ 10 سنوات 0
Well, as I said earlier, if it hadn't been for the high profile deal at Reagan, we wouldn't be having these discussions.Most folks don't fly during these times and traffic is very light. Darken the Airports as they had to do in the early 80's when Reagan fired them all.Use those working backshifts to take up the slack in other places
رد ↓•رابط ثابت•Report

Reducing the service the FAA provides to less busy airports shouldn't be the answer either - how does that accomplish the agency mission of providing a high quality service to the flying public?
رد ↓•رابط ثابت•Report 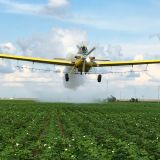 cvmorris منذ 10 سنوات 0
Leave it to the government to have two people to do a job that is hardly enough work for one. Just fire the losers and they will quit sleeping on the job.
رد ↓•رابط ثابت•Report

preacher1 منذ 10 سنوات 0
to rjb4000- I think maybe the misconception here is that high quality service. Lest we forget, back in the early 80's when they all were fired, a lot of Airports went uncontrolled very quickly and to this day, a lot have been left that way. Maybe more should have been. There are procedures in place for uncontrolled airports and automated enroute markers are just as good if not better than having the expense of 24/7 humans at these lonely, podunk places. This is the typical government response of saying it used to be this way rather and trying to get back to it, rather than say we don't need all this. Ya'll come on up here to KJFK and give these other boys some relief. Maybe it's time to look and see if we got to have all that sooper dooper service. Admittedly it is nice but is it 100% necessary???????
رد ↓•رابط ثابت•Report

rjb4000 منذ 10 سنوات 0
For the purposes, could you clarify what "automated enroute markers" are? I'm having a difficult time understanding what... or how one could be better at providing safe separation of air traffic than a controller.

The reason the agency says that it used to be this way is because now it's different. Controllers are at airports because they reduce the risk to the flying public. Removing controllers and reducing service does no benefit to this public.

Keep in mind that if you relocate a controller from podunk Iowa to JFK then that controller becomes as beneficial to the facility as a new hire. Every controller progresses through the training program and requires the same on the job training to become a FPL controller at the facility.

Facilities are already overworked and understaffed - adding new trainees to be "babysat" as a controller will define it, when those CPCs are already working overtime fatigued does not solve the problem.
رد ↓•رابط ثابت•Report

preacher1 منذ 10 سنوات 0
Scuse me, you have a ticket and IFR. So many of these folks don't and this conversation would go the other way. My comments about the markers, i.e, there are many bankheads and radios around that could easily be automated and serv the same basic purpose. Enroute separation and clearance matters are handled by the centers anyway and we are not talking about them here. I'm talking about places like Moreland AR and McCurtain OK and many others like them. These guys are seasoned veterans and pull these jobs by seniority most of the time. In answer to your other question, familiarity training for a new location, yes but not like a new hire that had to learn how to be a controller too. Like I said, in the 80's they found out just how overbuilt and unnecessary a lot of them were.
رد ↓•رابط ثابت•Report

dmaccarter منذ 10 سنوات 0
Here in the sticks our tower closes at 1900 and reopens at 0500. In the mean time ifr clearances are handled by FSS folks and the center, where there are lots of people around to keep one another amused and awake, and more stuff to do as well. Approach clearances are issued by the center. Flight plans are closed by FSS when the pilot calls in after landing. IFR clearances are issued either by FSS or Center. CTAF is observed by all, and we play well together in vfr conditions by talking to one another because we don't want to hurt ourselves. VFR is VFR no matter what kind of clearance you have.

So, why pray tell, is there only one controller on duty at 2:00 am in Reno, Nevada or any other place else where only one person is on duty? Could it possibly be that there is little if any traffic? One operation an hour or less maybe? Maybe none? Does Reno really need to be staffed in the middle of the night?

Well, you know of course that it does dear taxpayer! We will soon have a GS 15 keeping a GS 11 awake while they play a friendly game of gin rummy waiting for that one air ambulance being piloted by a deaf, dumb and blind pilot who couldn't possibly find the airport without their able assistance. (I enjoy doing approaches on my own navigation. It's kinda fun)

If politicians couldn't scare the beejesus out of their constituents with such stuff as this they would have to take up another line of work.

If I am out of line here, someone explain why.
رد ↓•رابط ثابت•Report

preacher1 منذ 10 سنوات 0
AMEN!!!!!!! What the flying public doesn't realize that there are procedures for a pilot to go by for controlled & uncontrolled Airports. If it says UNCONTROLLED he'll be on the ground quickly. It's when these guys nod off and it's supposed to be controlled that it causes a problem cause they are trying to follow the law that says there is supposed to be a man in that tower and nobody will talk to them.
رد ↓•رابط ثابت•Report

Rich Captain منذ 10 سنوات 0
Funny that the controller was sleeping at 'Ronald Regan Airport', named after the person who decimated the Air Traffic control system by firing the professional controllers in 1981 for striking due to the very same concerns that the flying public are learning about today.
رد ↓•رابط ثابت•Report

John Casebeer منذ 10 سنوات 0
The press and public treats the pilots as if they are mindless fools who can't see or hear or make decisions, just do what they are told by ATC which frequently serve no real function.
رد ↓•رابط ثابت•Report

Henk Dijkema منذ 10 سنوات 0
I don't have any comment on the subject, just like to get in touch with former "speaker" Benito Sweeb to ask him some questions. In a friendly way, offcourse.
رد ↓•رابط ثابت•Report